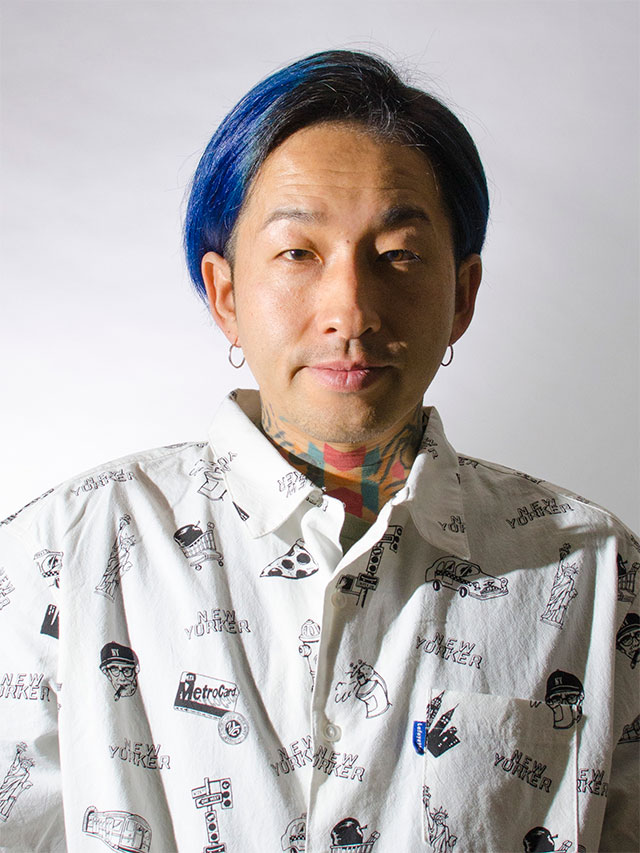 A bassist of Shonan’s leading band “YAMAARASHI”. He has belonged to the Hiphop group”OZROSAURUS” since 2015.
He is also active as a solo singer and coraborated various singers like AK-69, Kj (Dragon Ash), JESSE (RIZE), Taka (ONE OK ROCK) and Takeshi Hosomi（the HIATUS) etc in his Music albums.